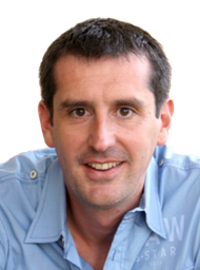 As the father of three children, choir leader and choir teacher in music academies (related to the French Ministry of Culture), Jean-Baptiste Bertrand is also a music teacher for French National Education.

After having taught choir singing and choir leading in the National Conservatory of Saint-Etienne, France, for seven years, he became the choir leader and artistic and pedagogical director of the Maîtrise du Conseil Général of the Loire region (a school specialized in teaching Music to children aged 11 to 18).

He was also the musical director the International Academy of Choir Singing named “In Terra pax” established in Poland and Germany. He represented France during the World Choir Game in Shanghai and Riga. In this context, he was also invited in 2011 to lead the Gala concert of the Grand Prix of Choral Music in Graz, Austria.

In July 2012, 2013 and 2016, he was the choir leader and the jury head of the Bali International Choir Festival in Indonesia. As such, he also collaborated with the teacher André De Quadros to create a piece of work for Gamelan and an Eastern choir that performed in the Temple of Arts of Bali for the Final Award Ceremony of 2013.

He was the musical director of the University Vocal Group of Saint-Etienne from 1996 and 2001 and of the Academy of young singers for the festival of Voix de l’Aure in Normandy from 2009 to 2012. As a music trainer, Jean-Baptiste Bertrand taught choir leading in many different cultural institutions. He prepared and led many choral and orchestra works for the Opéra of Saint-Etienne, Lyon, the Sinfonietta of Lyon, the Youth Orchestra in Normandie, the Orchestras of National and Regional Conservatories of Saint-Etienne, Villeurbanne, Caen and last but not least, the Orchestre Musica.

As a music teacher in secondary schools of the Roannais region, composer, arranger, documentary and film director, Arsène Kapikan has diversified his experience and developed his artistic and technical practices focalizing on show creation in schools, group and artist recording in various musical environments (jazz, classical, mainstream…). He is also able to provide music services in other fields. His experiences and various contacts led him progressively to creating in the realm of image and video :

- May-June 2016: filming of a documentary in Manado (North Sulawesi, Indonesia).

- From October 2015 to January 2016: filming of the documentary “ A Choir which is saving lives ” based in Tolaria (Madagascar), and shoothing of another documentary about the association Manda Spring which provides stays for teenagers dropping out.

- In 2013, he made a trailer for the BICF (Bali International Choir Festival).

- In 2011, after making a few movies for school trips, he worked on a documentary project ordered by the international choral academy “In Terra pax”. For one week, he followed the life and work of choral singers and leaders from this academy, also led by Jean-Baptiste Bertrand, during an international choir festival in Graz, Austria.

- Still in 2011, he started a full-length film entitled “Le Vieux” with a director friend, a fantasy comedy signed by Jean-Paul Guinard. Being present during the filming, Arsène Kapikian is led to compose the original soundtrack, to work on the sound design, the editing and special effects. The movie was broadcasted in 2012-2013 in several cinemas around the Burgundy region and around Roanne where it was a great success.

- The “Maîtrise du Conseil Général de la Loire” requested from him a background video he made for the show « Ch’pakoifaire » created with the author, composer, and interpreter Michèle Bernard.

- In 2008, he joined the University Choir of St Etienne (Groupe Vocal Universitaire GVU) as a choral singer and video maker for a project called “Voix Baltiques”. In the Baltics, he brought back pictures to illustrate concerts and his videos (spring 2009). This experience allowed him to deepen his work about the link between music and image. 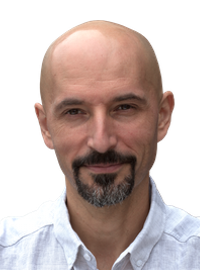 As a middle-school music teacher, his activities as a composer led him to write school plays, animated movies and documentaries.
As a choral singer, he participates in concerts in France, Germany and Poland (including the international academy choir “In Terra pax”).

Passionate about everything involving sound, he also acts as a soundman for different projects (Bali, France, Sweden).

May-June 2016: filming of a documentary in Manado (North Sulawesi, Indonesia).

From October 2015 to January 2016: filming of the documentary “ A Choir which is saving lives ” based in Tolaria (Madagascar), and shoothing of another documentary about the association Manda Spring which provides stays for teenagers dropping out.